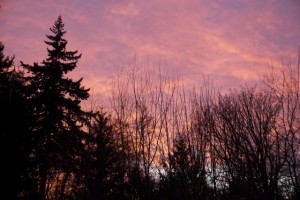 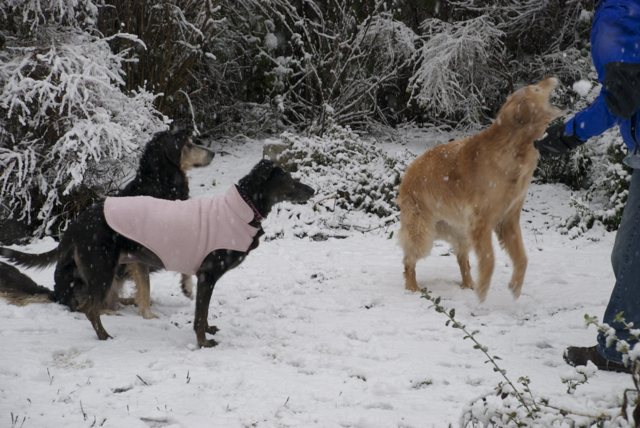 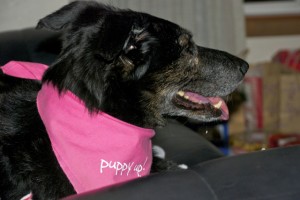 The last few days have been pretty stressful here at Casa de Perro.  Rio’s cough has gotten more prolific over the past few weeks, and her Dr say that she’s hearing a lot more “noise” in the lungs.  To make matters worse, Rio’s been vomiting almost daily for the last week. I’ve struggled to maintain a positive outlook, but have mentally bounced back and forth between “she must have gotten into something in the yard (since Zeffy barfed on one of those days too)” to “we are winding down to the end………….”

Today things are a little better.  Rio hasn’t thrown up for more than 24 hours, and you have no idea how much relief this brings.  I spoke with her vet this evening.  Her chem panel actually was pretty good.  Her red counts are a teensy elevated, and the Dr thinks its because Rio’s a little dehydrated.  Makes sense cuz of the throwing up…..  So, we’re gonna “spike” her water with broth (she LOVES this) and we’re going to put her on a really bland diet for a few days until her tummy feels better.  Her Dr also recommeded upping her Pepcid to twice a day.

Right now, she’s asleep on the couch, and aside from the kicking and twitching, she’s sleeping peacfully.  Me, on the other hand, I f*$%ing hate this roller coaster…  I’m taking deep breaths, and trying to live in the moment.  I’m trying so hard to focus on her quality of life.  But all this worrying is gonna give me an ulcer (and let’s not even talk about how many new grey hairs)….  I wish I knew for certain if this was just a bump in the road or something worse.  I wish I could forget all this nonsense and just look at my Rio as if she were invincible and immortal — the way I look at the Monkeygirls.   I wish I wasn’t thinking in this vein, but this has been a really long journey for us….  And we’re both tired.

In the meantime, anybody got a good recipe for carpet cleaner????