Today we administered Rio’s third round of chemo (CCNU).  She’s been doing really great, although last week’s CBC numbers were considerably lower than when we started.  Dr. Sarah, our oncologist, prescribed Cerenia for vomiting, since she did get sick on the Vinblastine two years ago, but we haven’t needed it so far.  In fact, this time around, Rio has had way more energy and appetite than with either of her previous chemo and radiation treatments.  I can only chalk it up to the K9 Immunity and fresh meat/veggie diet, because pretty much everything else is the same.  Although… my state of mind has been better this time around, so that could be a factor as well.  I think knowing what to expect from the treatments has helped.  And making more of an effort to stay positive and live in the moment has not only kept me from losing it as frequently, but I think its also made her feel better, too.

We went to our second SwimSpa session.  Rio was still a little apprehensive, and every time she swam to get the ball, she would try and head for the stairs.  But she swam a little longer, and seemed to really enjoy the massage part.  And after, she kept tossing the ball to the ladies to get them to play with her.  She’s always jacked up after a bath, and the swim has a similar effect.  Maybe she’s just so happy to be out of the water…  🙂

She still has some balance issues — sometimes she looks like she’s had a few too many margaritas — but her leg is definitely getting stronger, and she has built up more stamina.  She’s got enough energy to get into trouble, so I guess that’s a good sign!  We got a load of compost delivered for the garden, and every time Rio and the Monkeybutt dogs go outside, they race right up the driveway to the pile and eat as much as they can before somebody yells at them.  Yuk!

My sister and niece came to visit last week while they were on Spring Break and took lotsa doggie pictures…  I thought I’d share a few of them. 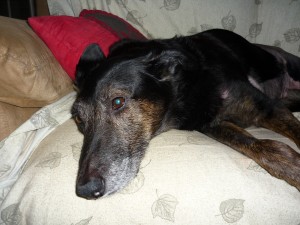 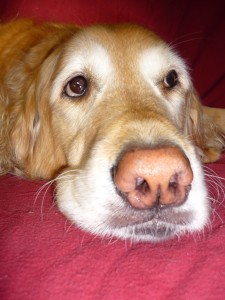 Sometimes the paparazzi are relentless.... 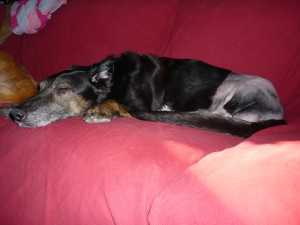 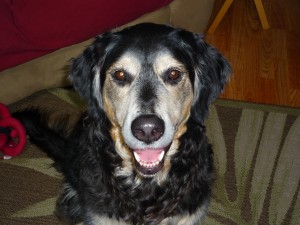 Zeffy loves to pose for the camera 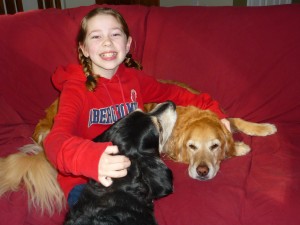 Kaya and the Monkeybutt dogs